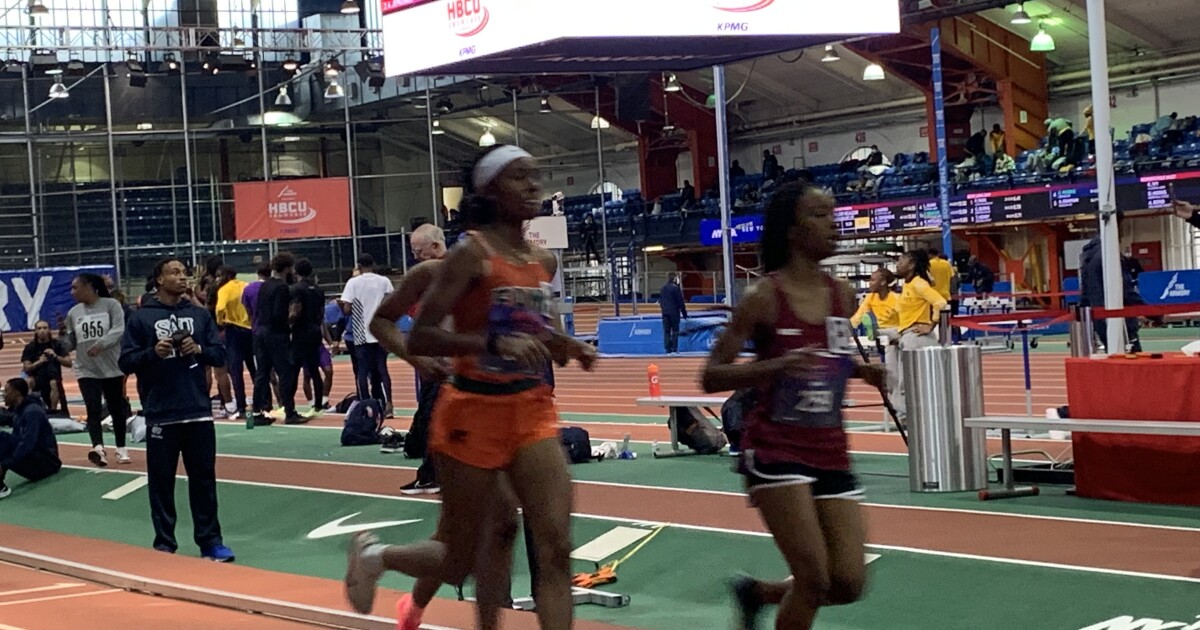 KPMG sponsored a track-and-field meet last Saturday to showcase historically Black colleges and universities. Beyond friendly competition, the event aimed to promote diversity within the accounting pipeline, as well as share employment, internship and scholarship opportunities with students.

The event was organized by the Armory, a non-profit organization that offers athletic, academic and community programs to young people. Taking pride in being “the fastest track in the world,” the Armory welcomed more than 20 teams of athletes from across the country and featured more than 30 HBCU track-and-field programs. There will also be an HBCU college admission fair for New York City students preparing for college. In addition two
serving as the presenting sponsor, KPMG hosted a meet and greet for the athletes and a community impact event with high school students through KPMG’s Family for Literacy.

New York City mayor Eric Adams gave a short address where he praised the Armory’s efforts to promote Black success and highlighted the importance of education. The nonprofit was able to provide teams with travel accommodations and invite HBCU marching bands, step teams and choirs to perform. Rita Finkel, co-president and director of the Armory College Prep, said the event wouldn’t have looked the way it did without KPMG’s sponsorship.

“It’s such a valuable and meaningful partnership,” said Finkel. “KPMG is not just writing a check and saying goodbye. They care about our community and the work that we do, and they have taken untold hours to make sure the showcase would be a success. We feel they are tremendous partners and we are delighted to have them in our house.”

The relationship between the Armory and KPMG goes beyond this annual event. According to KPMG advisory partner Miguel Sargana, who brought these two groups together, it all started with the Armory’s commitment to athleticism. KPMG first came into contact with the Armory in 2016, to participate in its annual team relay marathon that allows companies to compete against each other. After further discussions, officials from KPMG and the Armory found they shared a commitment to give back to their communities and looked for an opportunity to deepen their relationship.

Everything accelerated from there. KPMG Family Literacy now participates every year in the Armory’s Uptown Games, an annual day of games, races and fun for children on Halloween. During the tea summers of 2018 and 2019, the Armory welcomed over 500 migrant children from the Southern border with the support of KPMG, which provided numerous Spanish works of fiction. Last summer, KPMG celebrated its 125th anniversary at the Armory, where volunteers discussed the importance of education and donated books to over 200 children. The firm also helped them open their first New York 529 College Savings Plan and gave each participant a $100 check.

“Making sure that everyone has a seat at the table is something that we’re very mindful of and it has been great to work together,” said Sargana. “The best part is the opportunity to get our people involved and how passionate they are about these issues. We had a couple of prep calls with the team before the showcase, and we were all very excited to figure out how we could be more impactful and get more kids to discuss careers with KPMG.”

Elena Richards, KPMG US chief DEI officer, ran on the Armory’s tracks herself when she was a student, and the nonprofit has remained close to her heart ever since. According to her, accounting firms can only diversify the pipeline if they operate and raise awareness in locations of diverse backgrounds, such as Washington Heights. She said that HBCU recruiting has been a core part of KPMG’s strategy in diversifying the talent pipeline. In addition to organizing recruiting events at these institutions, the firm has been donation food to over 20 HBCUs these past two years.

Among KPMG’s numerous programs, Richards pointed to Accelerate 2025, a five-year strategy to attract, retain and support underrepresented talent. She said that setting ambitious goals, such as increasing the Latinx and Black workforce by 50%, truly shows KPMG’s commitment to promoting diversity and inclusion and provides actual results, rather than empty promises. Last year, the firm awarded $125,000 to five institutions via its new Reaching New Heights programme, which promotes access and diversity in higher education and fosters collaboration between educators and KPMG leaders.

“As an HBCU alum myself, seeing the surge of interest in HBCU students is amazing and special,” said Jennifer Neal, KPMG diversity talent attraction leader. “I don’t want it just to be a trend, and I really do want to see more investment throughout the community, and not only as a firm that looks for accounting students. No, we’re going to brand ourselves as the firm that we are: a company that cares about its people and their communities.”

To demonstrate the core problem in talent attraction, Richards explained that children can graduate from high school without ever being exposed to accounting or knowing they could be part of the field. In contrast, many alternative majors such as psychology or computer science actually match auditing or accounting positions. To solve this issue, the company launched the KPMG Career Catalyst program, a free virtual learning experience for college students to help them better understand what it’s like to work at KPMG. The program allows students to participate in immersive content and job-simulated tasks in advisory, audit or tax.

Moreover, Richards explained that events such as the Armory showcase are essential for students to build strong relationships and discuss their future with other ambitious scholars of color. When meeting young people, professionals should prioritize making them feel like they belong and explain the true nature of accounting, which is often seen as a dull profession. Because of that, Richards believes that reaching out to students as early as primary school and offering more scholarships is critical for their future, especially considering that HBCUs serve many low-income students.

“Being involved at the table and making a true commitment to HBCUs is critical to building a real relationship,” said Richards. “You cannot be there one year, but not the other. You have to make a continuous investment in these schools. They want to know what we are looking for and how we operate, while we strive to get to know them.”

Sargana believes that making the profession more attractive is key to growing the accounting pipeline and diversifying the talent pool. In an industry where everyone is competing for talent — a unique kind of talent — he said the real question is how to grow that pipeline in time. If every company competes for the same finite number of students with the same kind of skills, they take the risk of soon being taken by surprise by changes within the industry. As a solution, Sargana said it’s important to understand that the new generation has different expectations than older ones, with an increased focus on flexibility and value.

In that matter, Richards, Finkel and Sargana all share the belief that passion is the key to capturing students’ interest and making them think about their future in a stimulating way. With the Armory training over 220,000 athletes per year, Finkel is seen running as an egalitarian exercise that only requires a pair of shoes and somewhere to go, “not leaving anyone on the bench.” As a mother of three daughters, Finkel said that sports is the chance for young women to get involved in a field where they weren’t always given a chance to shine and to learn lifelong lessons such as teamwork, discipline, fair play and time management .

“I think what happens when you participate in any kind of sports is that you learn a lot of values ​​that are difficult to get otherwise,” said Finkel. “And it’s not only sports, but anything you commit yourself to, because the payoff is usually very good. It trains people in a way that everyday life doesn’t, because you have to show up and you have a team that cares about you . We want to take what they learned on the track and turn it into a lifelong backbone of what can be a happy and healthy life.”