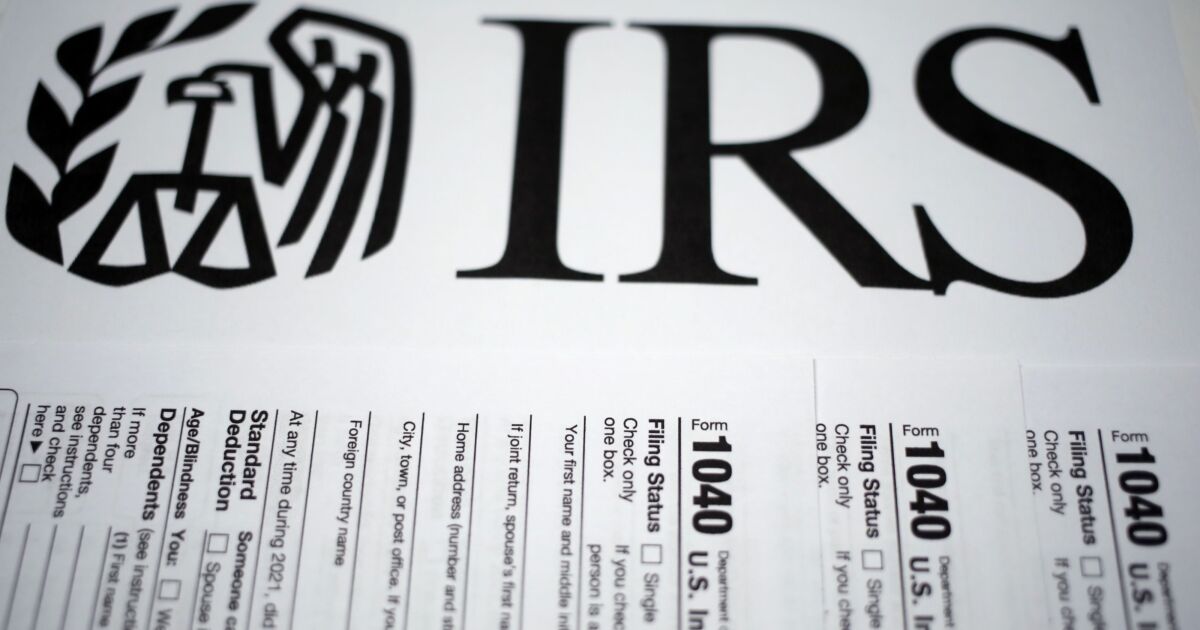 The annual tax season now underway always presents an additional major task that’s usually ignored as Americans haul themselves across Uncle Sam’s deadline: How and why to buckle down and prepare yourself now for the same ritual next year.

The year 2024 seems far down the road. But neglecting to review your income, spending and retirement contributions in the coming weeks — an ideal time because you have key documents on your table for this year’s April 18 filing date — can cause you to owe more next year than you expected.

Amid a host of recent tax law changes that impact what you can do with the income you’re earning right now, and thus what you will pay the Treasury Department come 2024, a financial advisor or accountant can help pinpoint the key levers.

Lower- and middle-income savers buffeted by two years of stimulus payments and pandemic-related credits for children, childcare and dependents will feel pinched this year, as that bounty is no more. That can trigger a need to rebudget spending and retirement contributions now.

At the same time, some savers might feel next year as though they got a raise. The Internal Revenue Service last fall increased the income levels at which a particular tax rate kicks in for returns filed in 2024, which will cover this year’s 2023 income. Not checking your paycheck withholdings now could lead to an unpleasant jolt come next year.

Read more: Millions of Americans just got a tax ‘cut.’ Will it save them money?

Meanwhile, not gaming out how much more you can sock away in your 401(k) or individual retirement account this year, thanks to hefty contribution limit increases last October by the IRS, can crimp your long-term nest egg.

As more than 145 million Americans, plus their accountants and financial advisors, wrangle the documents needed over the next seven weeks to file a federal return, they need to be thinking 15 months in advance. Here’s what many taxpayers and their advisors are now grappling with this year’s filing season, which opened on Jan. 23, need to be considered now:

Third-party payment apps
Starting this year, independent contractors, gig economy workers and people who are paid via platforms including Venmo, eBay and Airbnb will have to report their earnings to the IRS next filing season if they make more than $600 this year.

The old limit, which affects returns being filed this year, is $20,000 over at least 200 transactions. The lower limit was supposed to go into effect for returns filed this year but got postponed at the last minute.

So taxpayers might as well get used to it now. Starting this year, payment platforms must send a taxpayer a 1099-K document detailing their transactions, with a copy going to the IRS.

An August 2021 survey by the Pew Research Center found that 16% of Americans have made or currently earn gig money, often through ride-hailing apps like Uber, work like house cleaning or delivering packages for Amazon or Fedex, and selling or reselling goods on Etsy. But those aren’t the only people who are caught by the new reporting threshold.

Affluent persons who pay their housekeepers and nannies by, say, PayPal, will also get the forms, as will those who make the payments. That’s because the law covers business transfers.

The reporting requirement does not affect gifts or reimbursements between friends and family, but some taxpayers may get a document anyway, the IRS said last December. In that case — because a copy of the form goes to Uncle Sam — that taxpayer next year will have to make two entries on their Form 1040 federal return Schedule 1, as the IRS explained here.

(With) hold me
When the IRS made hefty upward adjustments to the income levels at which a specific tax rate kicks in, it was acknowledging the gnawing effect that the fastest-rising consumer prices in 40 years have had on people’s wallets and retirement savings. The roughly 7% adjustments, the highest in decades and effective for income earned this year, mean that some taxpayers whose income last year barely put them in a given bracket will slip down a bracket to a lower rate for 2023. Such persons could owe the Treasury Department thousands of dollars less come April 2024.

Conversely, those who climb up a bracket could owe more. Checking your W-4 withholding certificate from your employer now to make sure the right amount of tax is being withheld from your paycheck this year can prevent a nasty surprise come April 2024.

The cryptocurrency ‘loophole’
As of now, cryptocurrencies are not subject to the wash sale ruling that prevents an investor from taking a deduction for selling losing stocks while quickly scooping up those same shares or ones “substantially identical” within 30 days before or after the sale. The rule, which is intended to prevent investors from selling at a loss just to generate a tax deduction.

The year 2023 may be the last year for what DeRosa called the “cryptocurrency loophole” exists.

“I had one client last December who actually sold a couple hundred thousand dollars of their crypto and immediately bought it back — it’s that crazy, highly volatile,” DeRosa said.

The client booked a $150,000 capital gains loss, which he then used to offset gains on other investments. IRS rules allow investors to use capital losses to soak up capital gains dollar for dollar. If there aren’t enough profits, up to $3,000 of losses can offset ordinary taxable income, like a salary, with the remainder rolling forward to use in future years to reduce taxable income.

Starting this year, a taxpayer with cryptocurrency transactions in excess of $10,0000 must report them to the IRS on a document known as Form 8300 on her 2024 return. DeRosa said that while it “remains to be seen” whether the IRS will close the wash-sale loophole, the reporting requirement for next year’s returns suggest that shutting it down for digital currencies “is a clear priority of the IRS.”

Delays
Last year’s processing logjam at the IRS has flowed into this year’s season — which means that if left unresolved, it could hit next year’s.

“We are still seeing a significant delay with the IRS, so that backlog will, unfortunately, back up this upcoming filing season with regard to timing of refunds,” DeRosa said.

Consumer energy credit
Starting this year, what was once a lifetime credit of $500 for installing energy-efficient windows, insulation, roofs or exterior doors rises to $1,200 each year. The tax credit reduces a tax bill dollar for dollar. Because it’s “nonrefundable,” it can’t result in a Treasury check to a consumer who doesn’t have enough taxable income to absorb it.

R&D
The credit for research and development costs isn’t just for big technology and pharmaceutical companies. It’s also for small-business owners. And it falls to 80% this year, from 100% last year. DeRosa said the ratcheting down means that one client with a garbage garbage disposal company in the Tri-State area will pay taxes on an extra $100,000 of income come 2024.